11/27/2015 - Negative Interest Rates & The War On Cash: It’s About Making It Easier To Confiscate Your Savings? 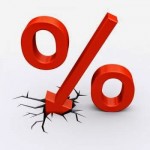 Ellen Brown* elaborates on the emergence of negative interest rates around the world & why it is happening .. she identifies 4 European central banks now promoting negative interest rate (NIRP) .. for now the Federal Reserve & the Bank of Japan are still at zero interest rate policies (ZIRP) .. it’s all financial repression .. The stated justification for these policies is to stimulate “demand” by forcing consumers to withdraw their money & go shopping with it. When an economy is struggling, it is standard practice for a central bank to cut interest rates, making saving less attractive – “This is supposed to boost spending and kick-start an economic recovery.That is the theory, but central banks have already pushed the prime rate to zero, and still their economies are languishing. To the uninitiated observer, that means the theory is wrong and needs to be scrapped. But not to our intrepid central bankers, who are now experimenting with pushing rates below zero.” .. Brown concludes that the big driver for the move to negative interest rates & a war on cash is the idea that should the banks get into trouble again with another banking crisis, perhaps stemming from a derivatives crisis, the banks could then easily take bank deposits, given the fact that most deposits/cash would in banks & not outside of the banking system .. “And that may be the real threat on the horizon: a major derivatives default that hits the largest banks, those that do the vast majority of derivatives trading .. The promise of Dodd-Frank, however, was that there would be no more government bailouts. Instead, insolvent systemically-risky banks were supposed to ‘bail in’ (confiscate) the money of their creditors, including their depositors (the largest class of creditor of any bank). That could explain the push to go cashless. By quietly eliminating the possibility of cash withdrawals, the central bank can make sure the deposits are there to be grabbed when disaster strikes.”

LINK HERE to the Article